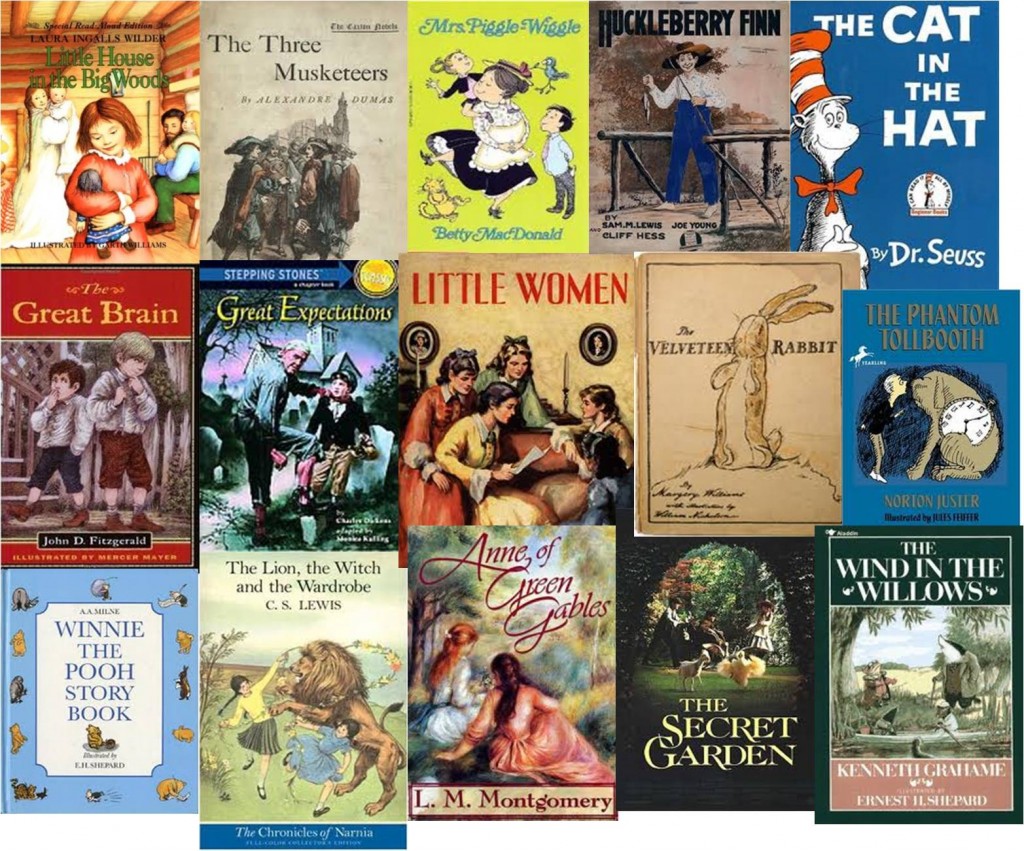 My career is built around reading mostly scientific material. And I have a list of journals and other books that are important to me in that part of my life. Also, I read a lot of history, philosophy, and theology as well as popular topics to include an occasional novel.

But as a parent, let me share with you my most important reading list. This one has a lot of warm family memories associated with it… memories I wouldn’t give up for all the tea in China (feel free to pick your own favorite metaphor). And of course my reason for giving it to you is so you will have a similar opportunity to enjoy and impact your family in a very profound way.

I don’t care what the world may be saying about the importance of career or being significant to a large swath of people, there is no higher calling, challenge or blessing than being a good parent. Furthermore, if we are not trying first to be good parents, then everything else we are trying to do will suffer now or later. What I am not saying here is that we have to sacrifice our lives or common sense in order to live exclusively for our kids (that’s not what they need anyway).

Being a good parent has to do with being a good role model for our children. It involves as much self discipline as it does the disciplining of youngsters. Kids are often brighter than we give them credit. They pick up from us what is important in this life, not only from words, but also from actions. And even though there is much in this society that seeks to separate parents from children by portraying parents as dolts, be confident in the fact that parents as a group have a whole lot better handle on how to live a quality meaningful life compared with their children or pop culture.

Growing up, I don’t recall my parents “reasoning” with me a whole lot. They just made sure our lives didn’t center around television. In fact I remember as a young kid when my mother traded our TV for a piano. Later, she won a color TV (which was a big deal back in the early 60’s) in a grocery story raffle and we were thrilled, until we later realized that mom and dad would place very strict controls on how much we could watch. On week days, we could watch no more than one program for 30 minutes (assuming homework was done and we had practiced the piano). On weekends (which included Friday night – the one night we were allowed desert, BTW), we got to watch no more than about 2 hours. If there was something good on that the whole family wanted to watch, then there were exceptions here and there. Also they weren’t held hostage by their rules. If they believed we had seen too much TV it went off. Period.

To replace TV as central to our lives, my parents read out loud to us a lot. I continued this behavior with my daughters. Out loud reading was as normal as meals and continued a regular routine from their toddler years all the way to the time they left for college.  In fact, even when they didn’t have time to sit and listen, my wife and I would read out loud to each other (we still do).

I know what I am saying here sounds old fashion, but I really don’t think it is. Frankly I think there is a timeless principle here that works no matter the generation. Of course, a lot of what my parents did at the time I believed to be out of date because it wasn’t happening a lot in some of my friends homes (at least as I experienced it as the occasional visitor). It wasn’t until later, when I was the parent that I really understood the importance of keeping the TV off and reading good books out loud as a family. Plus, having been on both sides of the fence over the TV versus reading issue, it didn’t surprise or dissuade me when I encountered resistance from my own kids.

Here is an incomplete list of the books Linda and I read out loud to our girls growing up. It represents thousands of hours of time together. To those of you who are raising boys, you might change a few of these selections but don’t let titles like “Little Women” fool you. Also, although it is good to start with easier books, I found that many stories that would be challenging to children if they were to read them themselves are very understandable when read aloud. Let me also admit that many of these books I did not read as a child. But I can honestly say these are fun books for adults as well.

One last thing. If you don’t read out loud very well, it’s not an excuse. Do it anyway. By the time you have finished this list, trust me, you will be doing just fine. Oh, and this is just a start. When you get into it, you will likely lose my list and have one of your own. Happy reading.

Books for the very young (along with all the unnamed picture and beginner books):

Seventh Grade and up