At first when we study about gingival bleeding sitting in lectures or reading textbooks, it holds our interest for personal reasons. This is because we all have experienced the bleeding gum problem. I bet if you think back, you can remember a time when you thought you would one day lose all your teeth because you were experiencing swollen, red and tender gums. (Hint: Many of your patients have this concern right now).

In undergraduate clinic we were introduced to the periodontal probe and learned how to position it, how much pressure to apply and how to read it. By the time we completed charting a few patients, the personal interest over bleeding gums had left us and was replaced by the realization that this measurement process is boring. For many dental students, periodontal probing or at least assessing a bleeding index, were some of the activities they vowed they would delegate to hygienists as soon as they possibly could. As for the hygienists, usually working alone, they would seek shortcuts themselves because, no matter how you slice it, periodontal charting is tedious stuff.

What we didn’t learn, at least in school, was how to utilize the bleeding index in patient care. This is because the focus at that point was not on patient care, but on tooth care and mouth care. The complexities on how to manage patients would not be refined in dental and dental hygiene schools. This would have to wait for later and is likely why we call what we do a practice. People aren’t things on an assembly line, and even though we shoot for efficiency, the human elements of practice (there’s that word again) seem to make things messy.

So what I want to do here is discuss the bleeding index as it relates to patients – not primarily gums or disease, although these elements can’t, as you will see, really be avoided.

The reason to record pocket depth and bleeding sites in supportive periodontal therapy (SPT) is to help patients stay well and to elect for treatment when parameters shift, indicating that supportive periodontal therapy is no longer maintaining health. If you explain this to patients up front (and I will get to the initial explanation of periodontal disease later after we have finished this discussion on supportive care) then the numbers will make sense to them. I tell patients that based on two numbers I obtain from the periodontal examination I can tell them whether they are healthy and stable or back on the side of disease progression. The first of these two numbers, and the one we are discussing today, is the bleeding index.

By being able to give a patient a numerical score, it removes the resistance we all naturally have when receiving what we might consider bad news. If someone tells me that I’m not doing a good job with plaque control, I can become defensive. Wounding people verbally never helps them get better. Not giving them truthful information for fear of wounding them is not the answer either. This is where the score is important. If you tell me my bleeding index is 45% and then show me on the chart where it is I am bleeding and what I might do to improve this, then I can work with the information without feeling judged.

The bleeding index calculation I use is the number of sites that bleed divided by all sites probed. Probe 6 sites around each tooth. Record the location of bleeding near the pocket depth measurement. More about this relationship later.

I set the bleeding index threshold between active therapy and SPT at 20%. This may seem high to you but here are the reasons why. First, I expect some of the bleeding to be caused by the act of probing itself. In other words my guess is that 3-5% of the bleeding is coming from healthy sites. Secondly, I see some bleeding as evidence of a healthy inflammatory response and I explain this to patients. It is a comfort for patient’s to know that some bleeding is expected and to not become overly concerned when I’m call out bleeding sites. Scores of 5-15% are good in my book. Finally, I call even the smallest bleeding point as bleeding because I want to err on the side of over-reporting rather than under-reporting. I want to detect potential problems early.

Usually at this point someone wants to know about the accuracy of calling bleeding sites. First, understand, I am not going for the perfect number, because it doesn’t exist and isn’t important. I’m going for a general numerical descriptor. This isn’t a longitudinal epidemiological study (and if it were, that’s fine because a range of error is always calculated). Instead it’s purpose is to succinctly provide some critical information that the patient and I can both use for making decisions.

What if you look at an area and blood is running along the gingival margin? I call all the sites in the area. In this way the final number reflects the amount of bleeding as well as bleeding locations. As the gingiva heals every bleeding site probed will be localized and it will be easier to detect its origin. Initially when bleeding is generalized, you know what you are dealing with and what to do, and the high number will reflect this. Don’t forget that bleeding sites on a chart make a great visual display. The patient should be brought in to seeing all of this. Don’t hide your records, use them for patient instruction.

What Bleeding Means and How I Explain it to Patients

Bleeding reflects a response to injury. In this case, the injury is caused by bacteria within the plaque (plaque being a general descriptor for bacteria of all sorts that have in common the ability to colonize and live around a surface – in this case a tooth). Obviously these bad bugs have ways to cause injury and the body’s system of defense responds to the attack. The way the body responds is through what we call the immune system. This is a complicated processes involving white blood cells and antibodies. They rush to battle the bacterial invaders and the reaction they cause we call inflammation. The body’s response to an injury is to open up blood vessels (swelling) and to express toxic chemicals of their own. The net result we are measuring is bleeding. (PS: I know there are other ways to measure inflammation. Show me one that costs less to perform than this).

If your bleeding index is over 20% it means that your body is having to produce more white blood cells and antibodies to cover a wider area of bacterial invasion. The immune system is not a good replacement for daily plaque control. Also the depletion of your immune system can set you up for illness in other areas of your body. Yes, plaque control is important to your overall health.

Now let’s say you have a few pockets that measure 4-5mm and you cannot directly reach them by flossing and brushing. If your bleeding index is high it means these areas are at greater risk of breaking down between SPT visits.

But what if your bleeding index is below 20% because your daily plaque control is effective? Then those sites you cannot directly reach will have the benefit of a more focused immune response – which then means there is a lower risk these pockets will breakdown before the next SPT visit.

To summarize, use bleeding index to explain to patients

If this information is new to you, take some time practicing your explanation so you can use it within patient care. If you do, I think you will find that even though probing is boring, it is one of the easiest ways to keep patients motivated and in your practice.

Next time we will look at problems with pocket depths. 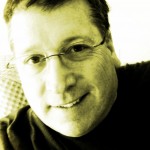